Sowing The Seeds For Success

This year, Swank Specialty Produce celebrates 20 years of business – but it hasn’t come easy, and the road to this success is paved with more than just basil, arugula, and lettuce.

When you roam the 20-acre farm at the edge of Loxahatchee Groves, Fla. and taste the bounty of its land, or marvel at one of the infamous farm dinners, you’d never guess founder Darrin Swank’s knowledge of farming is largely self-taught.

They say Disney is the stuff of dreams, and for Darrin Swank of Swank Specialty Produce, that’s certainly true. Palm Beach County’s most beloved farm actually has its roots at Epcot’s Living with the Land exhibit, to be exact. Originally constructed in 1982, the greenhouse tour gave Darrin an early glimpse into Disney’s hydroponic, aeroponic, and aquafarming methods. At the time, growing food this way wasn’t simply innovative, it was inspiring.

“The first time he saw it, his mind was blown,” said Jodi Swank, co-owner of Swank Specialty Produce. “He knew this would be the way to farm in the future.”

It would be decades before Darrin and Jodi would start Swank Specialty Produce, however. First, it would take years of research, including reading every issue of The Best of Growing EDGE Darrin could get his hands on, and several years of growing pains.

Even today, Jodi is still in awe of her husband, 20 years after the then-newlyweds set up the area’s first hydroponic farm in South Florida.

“We were that couple that said, ‘Let’s take a chance,’” Jodi said.

A Farm Is Born

If you ask, Jodi will tell you Darrin grew up in Maryland alongside four siblings. His mother was a nurse. His father a lieutenant for the Washington, D.C. police department. The love of farming was an early memory, inspired by family in Pennsylvania who grew crops like corn and hay.

Before the farm, Darrin worked as an electrician, but a side job in landscaping frequently brought him north into Palm Beach County’s acreage.

“One day he came home and told me he’d found some land in Loxahatchee for the farm,” recalls Jodi. “We were on the road to becoming farmers, and I was following my husband’s dream.”

The year was 1999, but it would be several years before the couple had anything close to a farm.

In the early days, the Swanks grew just three crops: tufts of baby let- tuce, fragrant arugula, and hardy basil plants. Everything was hand- cut, cleaned, and packaged by the couple who began selling them to A One A Produce and Dairy, now Fresh Point, offering them a chance to peddle their goods via the specialty department.

“We did it a few times, but we weren’t making any money,” recalls Jodi. “I knew we had to cut out the middle-man and go right to the source – the chefs. I went on the Internet, did some research on high- end restaurants in Palm Beach County, and got to work.”

It was an epiphany that changed the course of the business, and a bold move that would soon create a name for Swank Specialty Produce. According to Jodi, it’s mostly thanks to a calligraphed letter.

Jodi sent out 20 letters to South Florida chefs, each a beautiful invitation to tour the farm and see the produce. Only two people responded, including Swank’s first customer: Leonardo Cuomo, the chef/owner of Jupiter’s Buonasera Ristorante.

But if he was interested, she knew others would be, too, and she was right.

The turning point came when the executive chef at the Four Seasons Resort Palm Beach discovered the Swank lettuce on his plate while dining at Buonasera one evening. He was eager to place his own order, but with one piece of advice: the lettuce was gorgeous, but it needed “more color and texture.”

“Darrin started researching seed catalogues the next day, and we began growing these beautiful lettuces like amaranth, cress, and Mâche. To this day, our best-seller is called the Swank Color and Texture Spring Mix.”

From there, Jodi evolved into Swank’s sole salesperson, knocking on the backdoors of every kitchen in Palm Beach County, her kids in car seats alongside bushels of produce. But the product spoke for itself, and it wasn’t long before Swank was being served at The Ritz-Carlton and Café Boulud in Palm Beach, and 32 East in Delray Beach.

“Then it was like a domino effect. All these fine dining places started not only using our product, but displaying our name on the menu,” Jodi said. “They were so excited to be using something local, organic, and incredibly fresh.”

For the first 12 years, Swank Specialty Produce was the only way for chefs to get their hands on locally-grown, specialty organic produce. Business grew, and in a few years the couple had as many as 50 accounts stretching from Palm Beach County to Miami.

“Everyone was hooked. At the time, there weren’t too many small farms that were doing what we were doing,” Jodi said. “So, sure, you can call us trailblazers.”

While the chefs helped put the Swanks on the map, the business be- gan with the greenmarkets and the farm’s own Community Supported Agriculture (CSA) program. Today, as chef sales continue to dip from the pandemic, both have become the bread and butter of the couple’s business, alongside their beautifully orchestrated chef dinners on the farm.

Swank’s CSA program, known as Swank Sack, is going strong, with pick-up locations from Fort Lauderdale to West Palm Beach. It allows locals a “share” of the farm’s production during the South Florida growing season. Each Swank Sack is filled with a bounty of fresh- picked produce that range from lettuce mixes, seasonal vegetables and tomatoes, to microgreens, herbs and strawberries. Over the course of the year, participants will have a way to sample everything — all 350-plus varieties — the farm produces.

“When you buy from the CSA, you’re not just supporting the farmer, you’re investing in the farm,” Jodi said. “It’s that money that goes towards buying the seeds for next season, and keeps the farm running.”

Every farmer knows the struggle of working the land, and the hurdles that come with it. The pests, the weather, and the hard labor can take a toll on more than just the business.

“It hasn’t been easy. Farming is one of the hardest jobs and farming in Zone 10 is only that much harder,” Jodi said. “From the rain and humidity, to the heat and the pests, it may look easy, but it’s not.”

So, when the pandemic arrived in the middle of the 2020 Swank Table dinner season, the couple tackled it the same way they had all their other obstacles: creative problem solving. They reluctantly canceled the remaining six events, hopeful for a speedy return to business. Little did they know it would mean the loss of all their staff, production would be cut in half, and that 10 months later their fields and shade houses would be almost empty.

“The whole COVID thing really put us at a standstill, but we still had so much produce when it happened,” Jodi said. “We looked at each other and said, ‘What are we going to do with all this?’”

It didn’t take long for the wheels to start turning again, however. Three months into the pandemic, Jodi and Darrin had turned the crisis into a new type of business.

“Something magical happened,” recalls Jodi. “Suddenly, we were an essential business. If the grocery stores could stay open, so could we. We had to do something with all the produce that was just piling up, so we started a farmer’s market.”

What began as a “farm-to-curb” service quickly became an instant hit. Cars lined up down the farm’s long dirt road and across the property all the way to the barn. The idea quickly morphed into the realization that if people were willing to come to Swank for farm pickups, they would be just as willing to attend a farmer’s market.

This will be the first year in nearly 20 that Jodi will no longer be attending the area’s farmers’ markets. Instead, she’ll host her own. From October 2020 to June 2021, customers can now visit the farm every Saturday from 10 a.m. to 1 p.m., where as many as 27 local, artisan food vendors gather to sell their goods.

Planting Seeds For The Future

The farmer’s market isn’t the only addition to the Swank lineup, however.

Moving forward, the Swanks have more growing to do, including mov- ing into their new 4,500-square-foot home on the farm. It’s here, with a custom-designed chef’s kitchen, that Jodi plans to launch the next phase of Swank Specialty Produce’s on-the-farm experiences.

“Once the pandemic is behind us and people feel comfortable being close to each other again, I’m looking forward to adding cooking classes, private events, and more intimate dinners to our program- ming,” said Jodi, who hopes to begin in late 2022. “That’s my next project. I’m very excited about it.”

And while lettuces remain the farm’s most popular crop, there’s a new one that may soon take center stage: hemp. In the past year, Swank has become a certified grower, allowing them to produce plants that will yield the fragrant flower buds.

Of course, there is also the longtime tradition of the Swank Table, now in its 10th year. The most recent season began in January and sold out immediately, down from a maximum capacity of 220 to 130 guests. The demand was so strong, Jodi and Darrin decided to add six more dinners for March and April, offering a boost of income as local chef and restaurants continue to struggle.

Today, the Swanks may be toughened by all the curveballs and hard work, but they’re also wiser and, more importantly, appreciative. Through it all, they’ve never stopped living their dream.

“I never thought I’d be a farmer’s wife. I never thought I’d be in this role, growing food for a living,” Jodi said. “But what I love the most about it is how much people have embraced us. My advice to every- one: learn to grow something, anything. And I guarantee it will be one thing you’ll be proud of, too.” 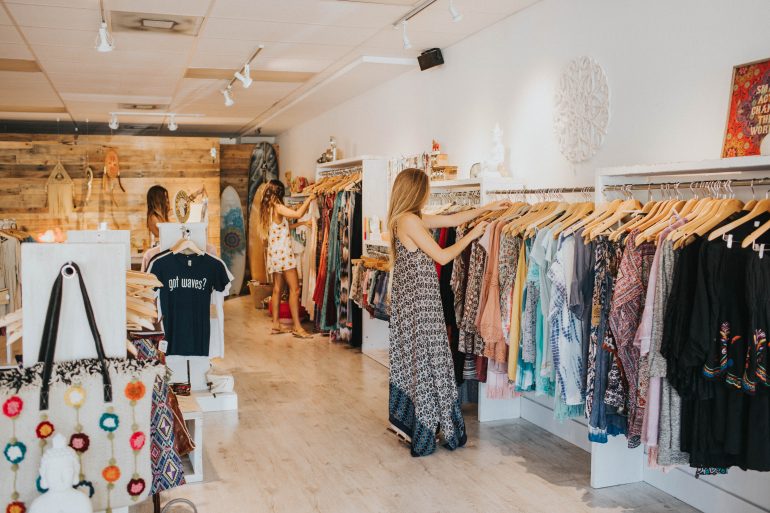