The hot dog stand, once an American tradition found on street corners throughout New York City, never seemed to translate well to the tropical Floridian metropolitan areas. That is until Aaron Merullo took matters into his own hands and created P.S. 561– a 16 foot kitchen on wheels devoted to the hot dog.  Born in New York and living in the New England area until he was eighteen, Aaron moved to South Florida with no conception that he’d one day own a food truck. But apparently he missed this popular ball park, street corner treat.  His cuisine doesn’t require a mastery of kitchen skills, but Aaron has a PHD in hot dogs and simply knows what tastes great in synergy. Initially acquiring skills in the food management industry for ten years, Aaron, with the support of his wife, along with his nostalgic interest in hot dogs attributes his initial success to taking a leap of faith and introducing his gourmet dogs to the general public at “the right time.” At that time there were only a few food trucks, mostly in Miami.  “We were one of maybe three gourmet trucks in the Palm Beach area,” says Aaron. But, P.S. 561 totally impressed patrons at the first food truck event in 2011 at the Boca Raton Boomers. Four years later, P.S. 561 can be found at the “Food Truck Invasion” or sitting outside a local office building. 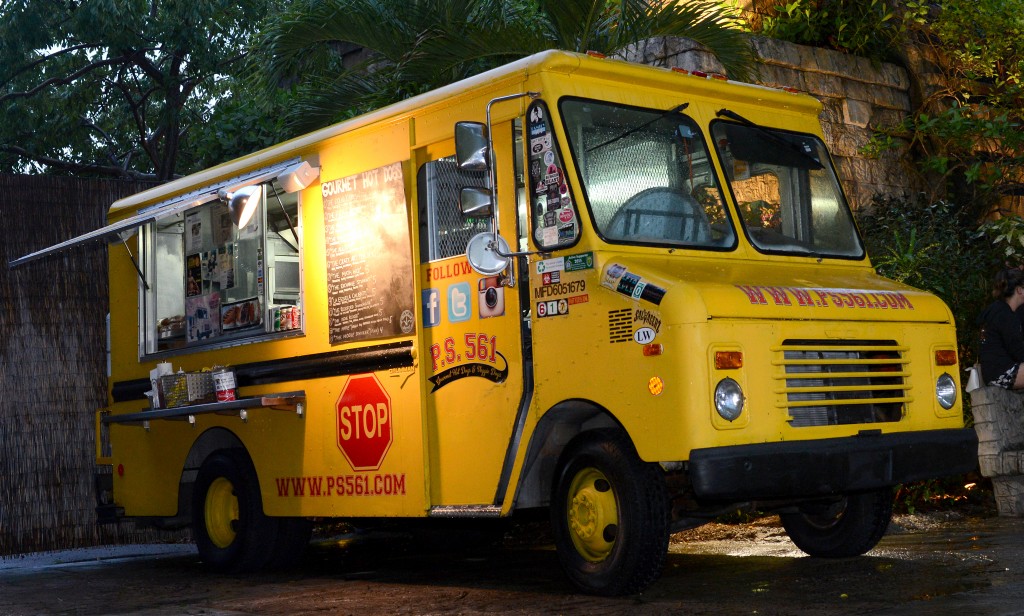 Aaron prides himself in sourcing local, authentic, fresh products. One of his secrets is his blissfully buttery buns that are bought daily from “Old School Bakery” which makes the necessary, traditional New England style roll. This is not your basic Oscar Meyer wiener. At P.S. 561 tradition meets ingenuity with such signature hot dog creations as the “Principal Ron”—named after Aaron’s friend Ron— a choice of a standard ‘dog, turkey ‘dog, or veggie ‘dog, topped with goat cheese, bacon, and sweet BBQ sauce. The “Doug E Fresh” parallels the aforementioned hot dog with bacon, cheddar cheese, BBQ sauce, sautéed onions, and 561 sauce. No detail goes unthought of when it comes to this food truck. The essence of the 80’s old school hip hop era envelopes you upon approach. “It’s grass roots. It’s not fancy, it’s fun,” Aaron states. P.S. 561 offers eleven different hot dogs, which he creates on his own with no plan of slowing down. 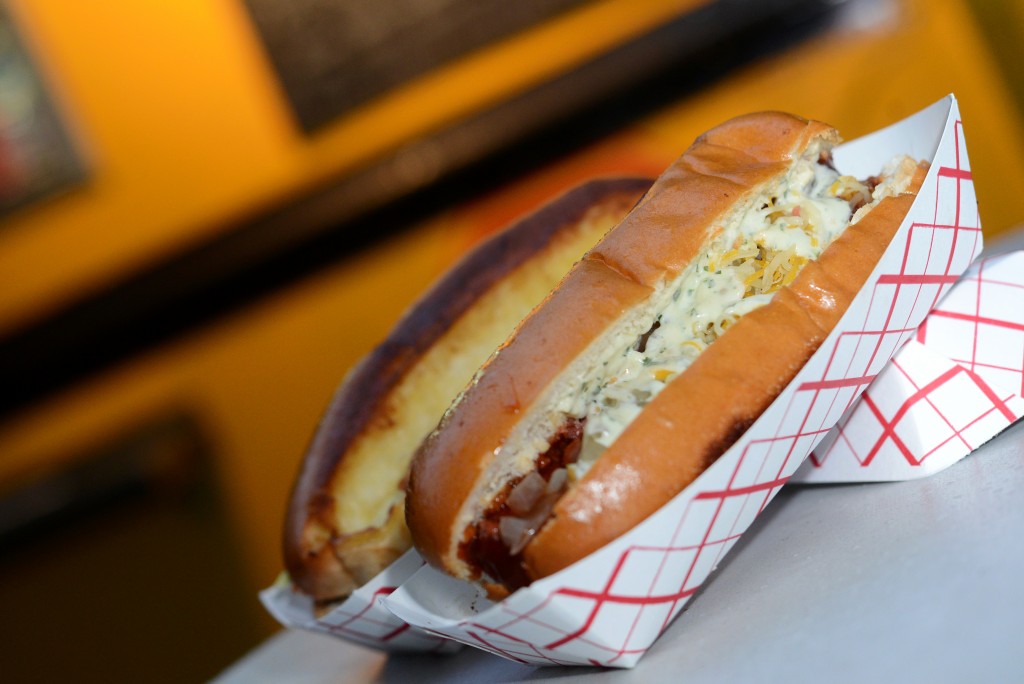 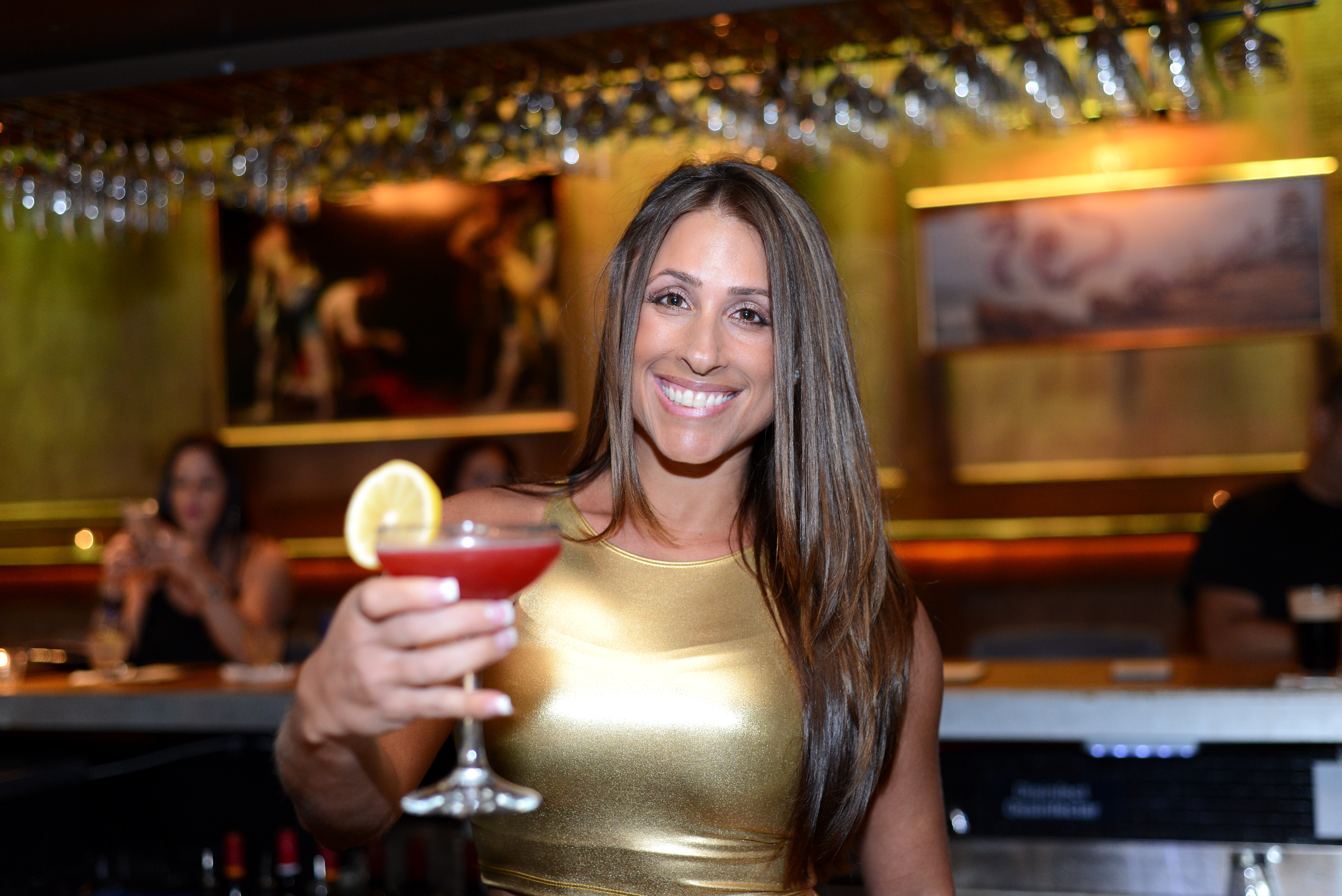