Alex Wexler: The Art of Fishing

You could say Miami-based artist, Alex Wexler, was born with a pencil in one hand and a fishing rod in the other.

While many of us can consider ourselves a jack of many trades but a master of none, Wexler has spent years honing each of his talents, finding ease in the natural application of pen and brush on paper, or hook in the water. And while both are certainly two hobbies almost anyone can undertake, mastering each is something altogether different.

Wexler says both share a common thread: both art and fishing is a process that requires an extreme amount of preparation, focus, patience, and attention to detail.

The end result, however, is always a reward.

When his two passions combine, Wexler is able to create something unspeakably unique. His Gyotaku artworks be- come ethereal recreations of the fish he catches, forever immortalized in their natural beauty, gliding across each sheet of paper in an effortless, endless tide.

“The ocean is my muse,” Wexler said. “While on the water, it inspires me to create. When I go back to my studio and pick up a brush, I am transported back to that moment.”

Wexler grew up on the shores of New Jersey, where he learned to fish with his father.

“One of my first childhood memories as a kid was watching him leave with his friends,” Wexler said. “One day, when I was about 6 or 7, I must have been looking especially sad because he decided to take me with him. I went every time after that.”

At 13 years old, Wexler remembers his first trip to the Hudson Canyon, an extension of the Hudson Valley that runs from the shore about 300 miles out to sea. Here, where the continental shelf divides the shallow coastal waters from the deep sea, fishing becomes an art in itself.

“It’s still one of my most memorable days on the water. I’d been look- ing forward to it for so long,” Wexler said. “Seeing that blue water just blew my mind — the potential of what you could catch.”

Today, Wexler enjoys kite fishing as his main technique, the best way to target that large Pelagic fish found off South Florida’s coastal waters. It allows anglers to fish using a multitude of bait at various depths, often at the edge of the reef, the thin slice of water most fish use as a highway in their migration pattern.

“It’s also a way to fish where you are completely immersed in the experience, constantly ad- justing baits or the kite, to really work it right requires extreme focus and determination,” Wexler said. “That leaves a lot of images burnt into my mind that I’ll go back and draw later.”

Those days at sea were more than simply a chance to land a catch. Each moment on the cerulean blue waters allowed him to connect to the beauty around him. Today, those moments become the inspiration for the works he creates, art that pays homage to the emotions and experiences of the open ocean.

AN ARTIST IS BORN

Around the time he was old enough to walk, Wexler was drawing. He began crayon in hand at the family dinner table, early sketches that provided entertainment during long meals.

“Today, I love drawing around people — on airplanes, when friends are over. It’s a social experience that’s often inspired by a moment” Wexler said. “Now, when preparing to fish for a particular species, it tends to take up a lot of mental space – constantly checking the weather, checking the gear, prepping more gear, looking at tides, and the moon.”

As Wexler grew older, he was inspired by Guy Harvey, an artist who was able to marry his love of the ocean and art in color. He would study his books, and mimic the curves of the scales and detail of the fins.

In 2012, Wexler left New Jersey to study marine biology at the University of Miami. It wasn’t long, however, before he swapped majors, focusing instead on fine art. Today, his work as the art director for Razorfish in Coconut Grove allows him to use his creative talent in useful ways, but his fine art remains a personal passion.

THE MARRIAGE OF TWO TALENTS

In 2015, Wexler found a way to merge his two passions when he stumbled across Gyotaku, a traditional Japanese art form created from the impressions of fish. Originally used to help fishermen record their catches, is now a technique that, once mastered, yields dynamic accounts of once-living creatures.

“I was always drawing fish, but this was a true way to combine the fishing and the artwork,” says Wexler. “From that day on, I was hooked.”

Wexler uses a direct method, painting the fish with sumi ink and pressing the paper over each scale and fin, creating an impression. To date, he has painted in parking lots and on docks, with people helping to prop fins on blocks as he unfurls giant sheets of paper and preps the fish for painting. After cleaning and drying, the final step is to fan the fins as if set in motion. The idea is to bring the fish to life through art.

The process is quick, yet venerable — a homage to the ocean’s bounty. For that reason, no catch goes uneaten.

“The ultimate goal is eating the fish — and in order to do that you have to work fast,” Wexler said. “When I make the initial prints, I can work almost anywhere, and often have.”

In about an hour, the fish’s essence is captured, and his work is done — for now. The final lines and detail will be eked out over the course of days, weeks, even months down the road. Multiple prints taken from the newly-caught fish allow the artist a myriad of images to describe each fish. They’re finished with precision and patience in Wexler’s home studio.

“In all my Gyotaku I try to strike the balance between keeping the raw nature of the original print, but also bringing in enough detail so the piece feels complete,” Wexler said.

Wexler put a lot of thought into the paper he uses, a heavier velum to the traditional rice paper that makes it just pliable enough to encase a massive sailfish, but sturdy enough so the ink won’t bleed and run. The ink is just as well-planned, one that is water-based to wash from the fish easily, but viscous enough to mark the paper with strong, bold lines.

At home, Wexler begins the slow process of bringing color to the page. A white pencil is used for highlights, turning various hues of blue where it touches the ink from the print. Pens, watercolor, and sometimes oils work together to bring movement to the page, a style he describes as loose and fluid, offering imperfect textures and lines that capture the free and easy spirit of the living fish it represents.

“With the final piece, you can see the size and the girth. It’s memorializing the fish in the same way as taxidermy, but through an artistic lens,” Wexler said. “The idea is to give life to a different dimension.”

THE MOST MEMORABLE CATCH

Wexler began first doing Gyotaku while working part-time several days a week as a ride-along aboard a charter boat. When he wasn’t working, he was fishing aboard his 16-foot Boston Whaler, a boat that’s caught everything from silvery small-scaled bonefish to massive white marlin.

The one that stands out the most, however, is the Atlantic sailfish.

A migratory fish that’s rarely harvested, the sailfish is the preferred sport fish for catch-and-release. For that reason, Wexler will take only one each season, garnering as many prints as he can for a catch that may come only once every few years.

“The scene was a little bit of controlled chaos that day,” said Wexler, who recalls the cold November fishing with his friend Ryan off the coast of Miami in his 16-foot Boston Whaler.

The duo left the dock around 4 a.m., heading to “The Patch,” a small reef cluster that is known to hold baitfish. With a good haul and a steady northwest breeze, they began drifting shallow waters that would carry them offshore. They brought in a 20-pound blackfin tuna, 15-pound King, and 20-pound Mahi-mahi in the first hour, before landing their final catch.

That 7-foot sailfish was a stunning specimen, launching itself out of the water in an effort to break free. Its graceful beauty is now etched in paper, yielding five 93” x 48” prints that recount its final flight from water to sky.

To see it now, Wexler returns to the moment, and the cycle of life becoming art is complete. 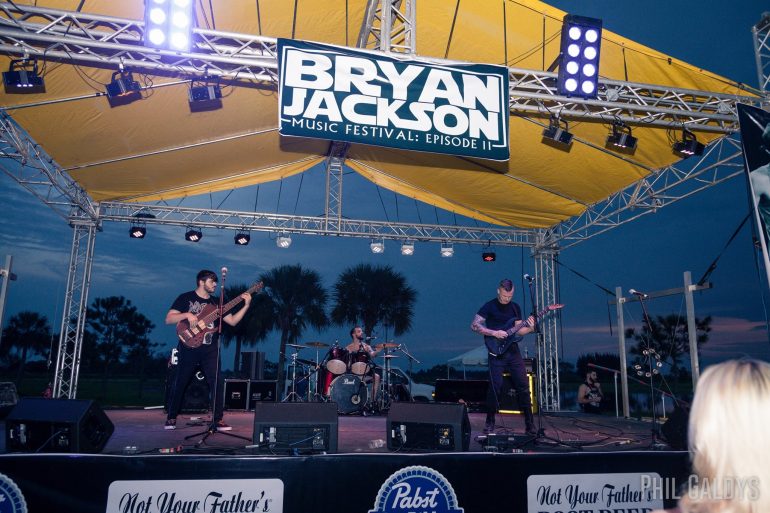