A Surge of Energy
From tagging to a way of life: How art became Sergio Quinonez’s world.

When playing Sergio Quinonez, our main character stars as Art Director for an advertising firm in Fort Lauderdale. But when the timing is right, he emerges as Surge, an urban pop artist.

Born in Los Angeles but raised in Miami, Surge grew up surrounded by urban art, from masterfully composed graffiti pieces to the colorful outdoor commissioned murals that adorn both coastal cities.

Growing up, he would use graffiti and tag with his friends. Surge admits he wasn’t the best at “wild style” or lettering, and drew the line when he refused to follow in the steps of his crew and steal pricey bottles of spray paint to feed the habit.

“So I would sketch, and started working on the computer,” Surge explains. “Eventually, it became my career.” 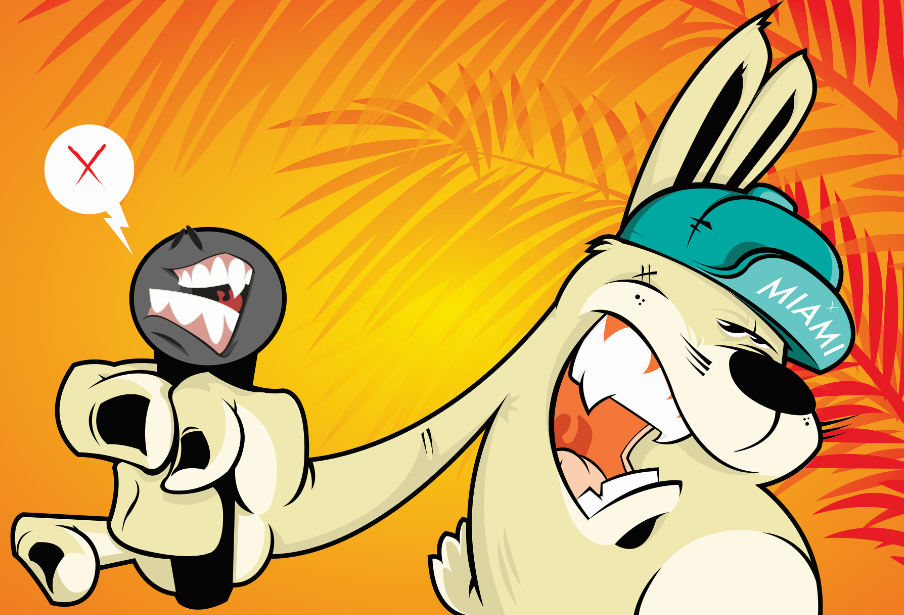 A kid at heart, Surge loves cartoons and bright colors, and he imbues those trademark design elements into all his work. They are bold, blazing splashes of color, large-scale characters that grab your attention, and set free your imagination.

“It’s my own brand of badass,” said Surge, who once dreamed of being a professional illustrator. “I want to make these characters iconic.”

The transformation from straight-laced ad designer to showing artist began in 2007 when Surge had an opportunity to participate in an art show in Hollywood, Florida. He had been playing around with his favorite subject, cartoons, and designed his soon-to-be famous characters on the computer, printing them on large-scale canvas.

“Everyone was just blown away by the work. They couldn’t fathom the detail of my brush stroke, how much detail I was able to get. That’s when I had to start explaining that I designed them on a computer.” 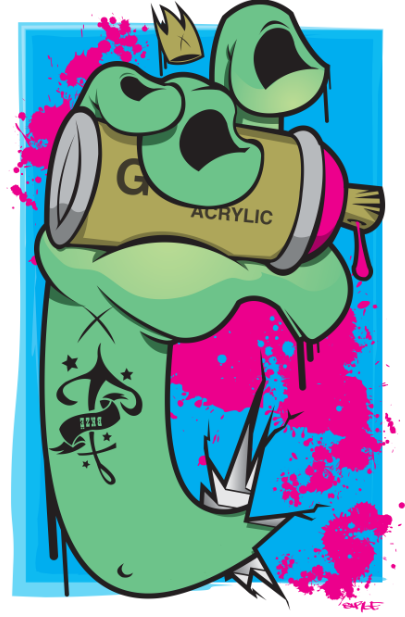 Surge realized people loved his work, but wanted to see the imperfections of his craft. They wanted to see the brush strokes, the mistakes, the labor of love he took on in building each piece. That’s when he started to paint, using a mix of spray paint and acrylic on a variety of media. Surge prefers working on large boards over outdoor murals. They last longer, he says.

“It comes with the territory. The more well-known you are, the longer your stuff stays up. It’s hard to do all that work, and know it could come down the next day,” he explains. “I was surprised the piece I did for Art Basel [in 2013] stayed up for close to five months.” 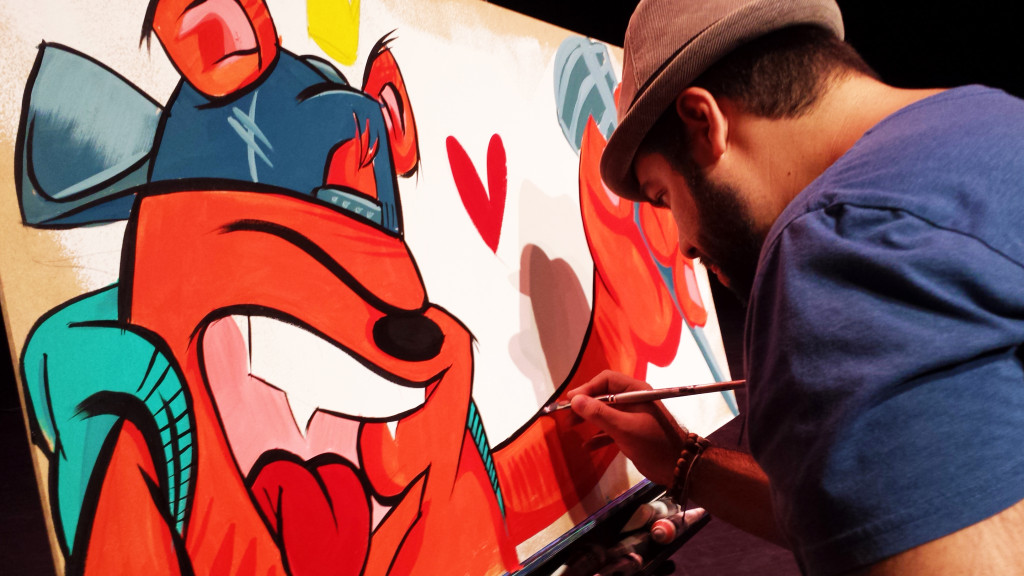 Surge’s inspiration may come from the urban landscape – he sites hip hop and sneakers as top loves – but his wife and children are the true driving force behind his creativity and passion. Over the past year, they’ve been his constant cheering squad. But while his emerging talents have continued to grow, accomplishments have been mixed with bittersweet experiences. Surge’s wife was diagnosed with breast cancer about the same time he began doing charity art shows, battling the disease while championing him to do what he loves despite the hard times.

“She’s been amazing. Such a trooper – really pushing me to do my best and give it my all. She knows how hard I’ve worked, and supports me when she herself has needed support. It’s been a hard road, but we’ve been going through all of it together.”

Today, Surge is best known for his bears, but characters include urban hip-hop figures and inanimate objects turned to life. Think sneakers, spray paint cans and sketch pads. If he can put eyes, a mouth and hands on it, that’s all it takes. As he develops his style, he wants to build on the cartoons he’s currently known for while creating new characters.

Surge’s popularity continues to grow and so does the amount of commissioned pieces he creates. These days, you can also find his work – colorful prints in all shapes and sizes — at Yo Space in the Little Haiti district of Miami, or Studio1317 in Wynwood, as well as The Archives on Las Olas in Fort Lauderdale.

When asked why he does it, Surge doesn’t hold back. Really, it’s not about the money, the fame, or even the street cred. “Because those characters look really great over a freakin’ couch in the living room.” 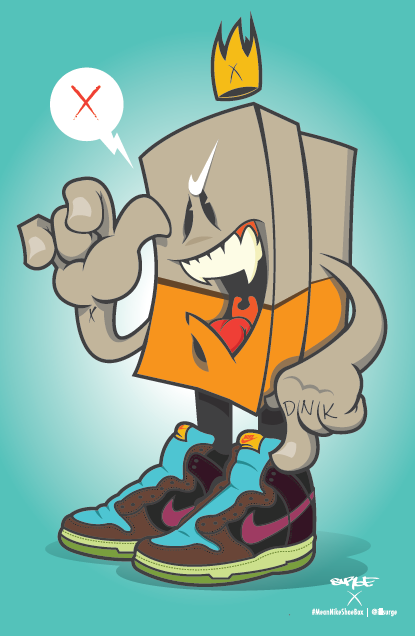 Next Mike Rogers of Grind For Life 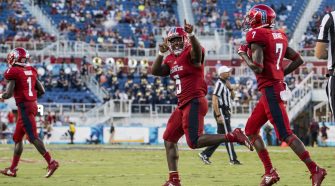