In the vein of the Avett Brothers, Fort Pierce’s Gravel Kings concoct rootsy folk music with upbeat pop hooks.  The lone folk act on West Palm Beach label Decades Records, Gravel Kings certainly stand out. Their debut full length effort, Arrows and Maps, dishes out enough attitude and inward reflection to attract the attention of a hirsute hipster following, encased with the right amount of twang to command the respect of the good ol’ boys north of the County line. Troubadours and travelers will gravitate to this album as well, as each of the nine tracks found here center around tales of the road.  “California,” a slide guitar bending doozy, deals with attempting self-discovery via a move out West. Throughout, Jones’ possesses earnestness in his words, delivered with a refreshingly crisp cadence that would make even  Ryan Adams jealous.  File this under indie folk that’s not too country to scare away the rock kids.

Previous The Levels of Lavola

Next Art on the Slide Holiday Edition 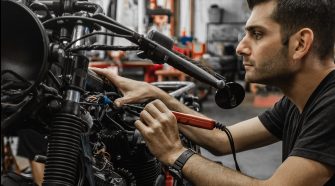