Chances are, if you are an avid local music fan, you’ll be well-acquainted with the musical bombast that is Lavola. This four-piece has been building a name for itself with its intense live shows and enthralling recordings since 2009. At the helm is Julian Cires, a well versed, highly-educated 27-year old who has been constructing the melodies of Lavola since he was a young pup studying at William T. Dwyer High School. It was not until Cires moved back home in 2009, after studying creative writing at Florida State University, that his vision for the group named Lavola became fully realized.

Once settled back in his Jupiter home, Cires hit the ground running, quickly teaming up his longtime friend, bassist Matt Hanser, and finding a drummer, Brian Weinthal, through Craig’s List.  Shortly thereafter the band began to play gigs, and its thunderous sets, highlighted by Cires’ frenetic guitar work and piercing vocals raised eyebrows. Lavola began to earn a reputation as a “must see” live act.  Built on a massive barrage of noise that swayed from the post rock experimentalism of groups like Explosions in the Sky and Mars Volta to the pensive atmosphere of Radiohead, Lavola sounded nothing like anything Palm Beach County audiences had ever heard. Within five months of performing, the Lavola saplings got their big break.  It was in late 2009 that a rep for booking giant AEG Live become so enamored with Lavola’s sweeping, sweat-soaked set at Propaganda (which would become the group’s first live EP, Live at Propaganda)  that he hand-selected the upstart trio to open up for national touring act Silversun Pickups.

Success seemed imminent for Lavola. In August of the following year, an A&R rep from Warner Bros. Records approached the band after another sonically savage set at Propagnda. Nothing resulted from that meeting, just a free cup of Joe for the three Lavola boys, but it seemed an indicator of great things to come. In 2011, the group released its first EP, Leaving Paris, which landed them a write up in nationally distributed publication Alternative Press Magazine. Later on Cires’ would be selected as Best Rock Vocalist by the New Times.

Shortly thereafter the bottom fell out. The three original members of Lavola disbanded, right before the group was set to record its first full-length record. Cires had to quickly summon up three viable musicians to keep his brainchild alive. Cires never lost sight of his vision though, and quickly made lemonade out of  these lemons. It was through this adversity that Cires would meet his muse, collaborator and the mellifluous ying to his cacophonous yang– violinist Emily Dwyer. To followers of Lavola’s incendiary work, Cires’ partnership with an orchestral player didn’t make much sense. But his teamwork with Dwyer paid dividends and has jolted Lavola into new musical territories otherwise unthinkable.

Dwyer’s symphonic quality added an entirely new dimension to Lavola’s 2014 album, This Book is My Cowardice (TBIMC)– which came out this past March.  Cires is not shy to admit the impact Dwyer had on his latest effort. “I found myself sending her drafts for feedback quite a few times,” said Cires from his transplated new home of Winter Park, Florida, where Cires and Dwyer took residence at the end of last year. It should come as no surprise that Dwyer and Cires’ musical kinship proved romantic kismet. “Most importantly,” Cires added, “(Emily) had an invaluable role in helping me see this particular work through to the end.”

Dwyer was the steady rock through the turbulent times Cires’ encountered in keeping Lavola alive and putting out this record.  Cires experienced yet another lineup change in 2013 (settling on the current lineup of Cires on lead guitar and vocals,  Dwyer on violin and backup vocals, Paul Defilippis on bass, and Matt Cabrera on drums) and switched a few producers (one of whom is said to have accidentally deleted several hours of recording sessions saved on a hard drive) along the rocky year-and-a-half long recording process of TBIMC.  Cires and Dwyer stuck to their guns. “There were times when we felt like the stars were just not going to align for us,” added Dwyer about the trials and tribulations the couple endured in putting out the album.  “But once you pour yourself so devoutly into something, it’s really hard not to see [the work] through to the end.”

The end result is Cires’ most expansive, experimental and mature work to date. Incorporating strings in non-traditional contexts (in the vein of Arcade Fire and early A Perfect Circle) Cires told us this album is “noisier, more aggressive, yet more ethereal and symphonic,” than his previous efforts.

The title of the record itself encapsulates all of Cires’ hardships through the recording process. “This Book is My Cowardice” is part of a larger quote from “The Book of Disquiet” by one of Cire’s favorite writers, Portuguese poet Fernando Pessoa. “It has multiple meanings for me but the most direct interpretation speaks to the process I underwent in seeing this work through to the end,” he explained. The part of the quote Cires really gravitates towards reads: “I begin because I don’t have the strength to think; I finish because I don’t have the courage to quit. This book is my cowardice.” We’d say South Florida’s music scene is lucky that Cires was too cowardly to quit on the project (if we interpreted that quote correctly.)

Regarding being boyfriend and girlfriend and playing in the same band together, Cires and Dwyer seem to be in their honeymoon phase. About Dwyer, Cires said  working with her feels “natural and simple,” and that he’s “never felt more compatible with anyone before.” Dwyer spoke more amorous words: “Making music with someone you love introduces a whole new element of passion to a project,” she said. “To share every up and down with someone else really brings everything full circle.”

The two told us Lavola plans on releasing a vinyl version of TBIMC towards the end of the year, and a short national jaunt in support of said release afterwards.  As for what the rest of the future holds for Lavola, Dwyer told us the unit will continue writing music “laced with poetry and [their] own blood.” Despite a move up north, local Lavola fans need not despair.  With two members still based in South Florida, the group has maintained a loyal devotion to its South Florida base, performing in our Tri County area at least once a month. “We look forward to playing more shows where sweat and beer mix all too similarly,” promised Dwyer. 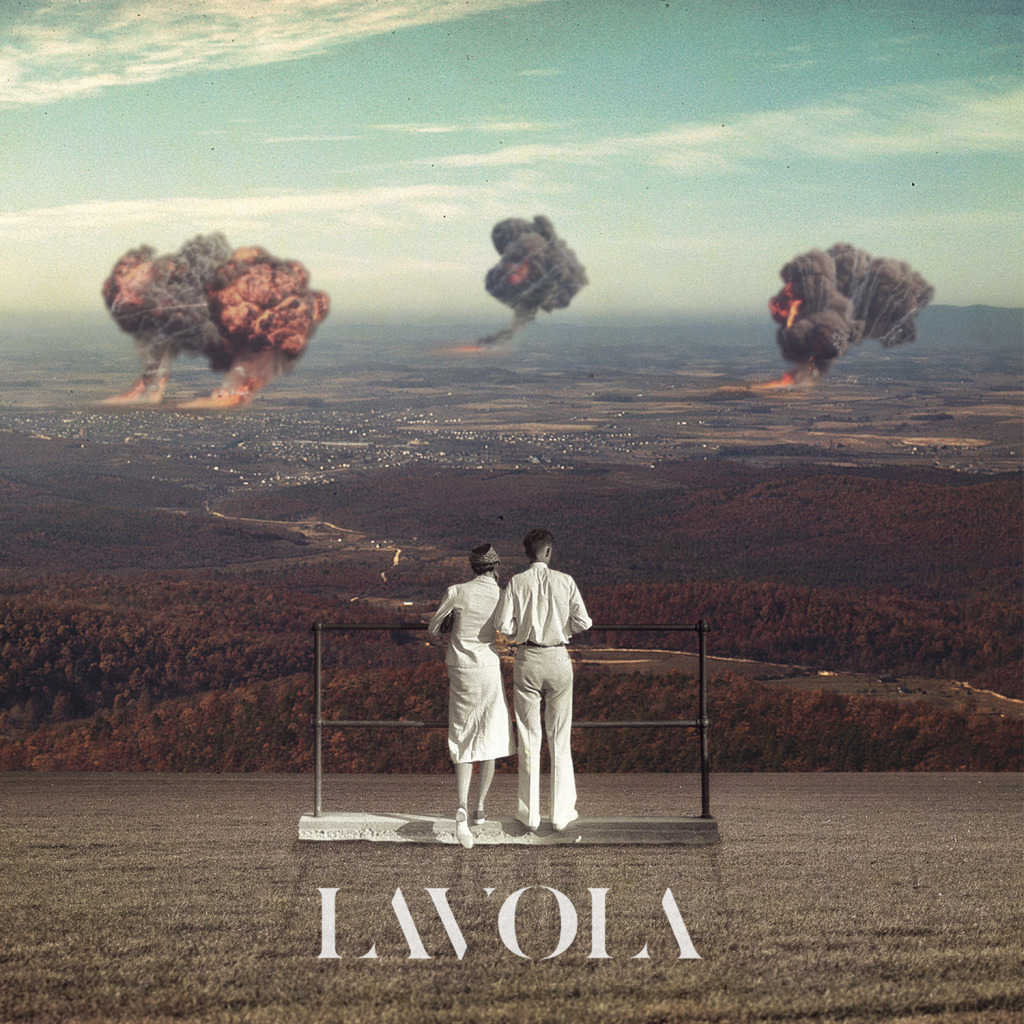 Next Gravel Kings: Arrows and Maps 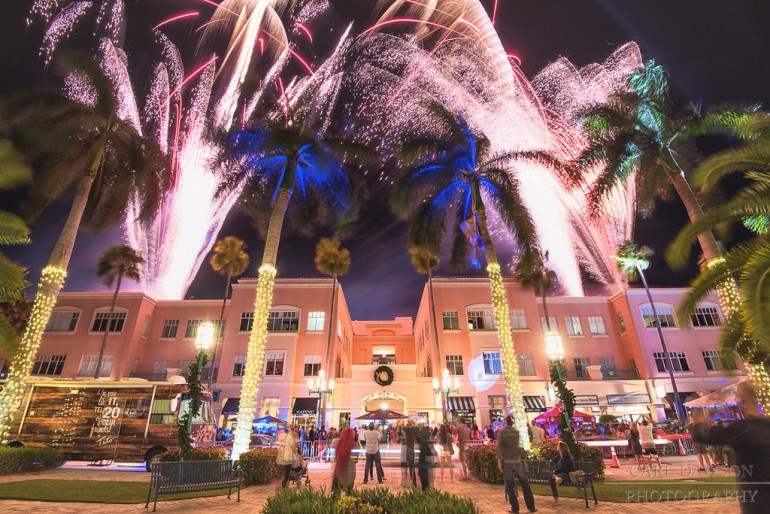