By David Rolland
“People get intimidated when they hear house music or electronic dance music. I wanted to have a night where we just break it down to dance music. We want to play music with melody and big bass beats,” said Kasha McKee about the new weekly dance party, Dance Floor Sessions, which will be held every Saturday at Voltaire starting January 12.
McKee got her start DJing in South Beach back in the late 90’s. “I was one of only three female DJ’s. It was back when everyone had to use vinyl or CD’s.” After taking a hiatus from the music scene to run a marketing company, a random Facebook post showing her DJing back in the day got the Palm Beach Island resident wanting to return to the turntables. “I practiced for two months before I started to make a comeback.”
After hearing that Voltaire was planning on bringing in touring DJ’s, McKee spoke with the owner about keeping things local. “People in West Palm want to dance to local DJ”s, and there’s a lot of them.” Thus Dance Floor Sessions was born. Things begin January 12 with a $5 cover and open bar from 11pm-midnight. Every week McKee and the Voltaire resident DJ Michael Mayo will have their turns in the booth, along with a rotating list of guest DJ’s including DJ Val Verra and more.
In her South Beach days McKee had a niche playing ambient groove, but she says she has evolved into a more open format. “I can go from Gary Numan’s ‘Cars’ to a remix of David Bowie, to 50 Cent or Eminem, to AC/DC, to house music that’s super current.”
McKee says Dance Floor Sessions will be a fun, energized environment where everyone can have fun moving their feet. “I’m hoping we can be a strong support system for West Palm DJ’s and that Voltaire will become a place where there’s not a strange confusion about whether it is house music or EDM. It will just be a place you can dance.” 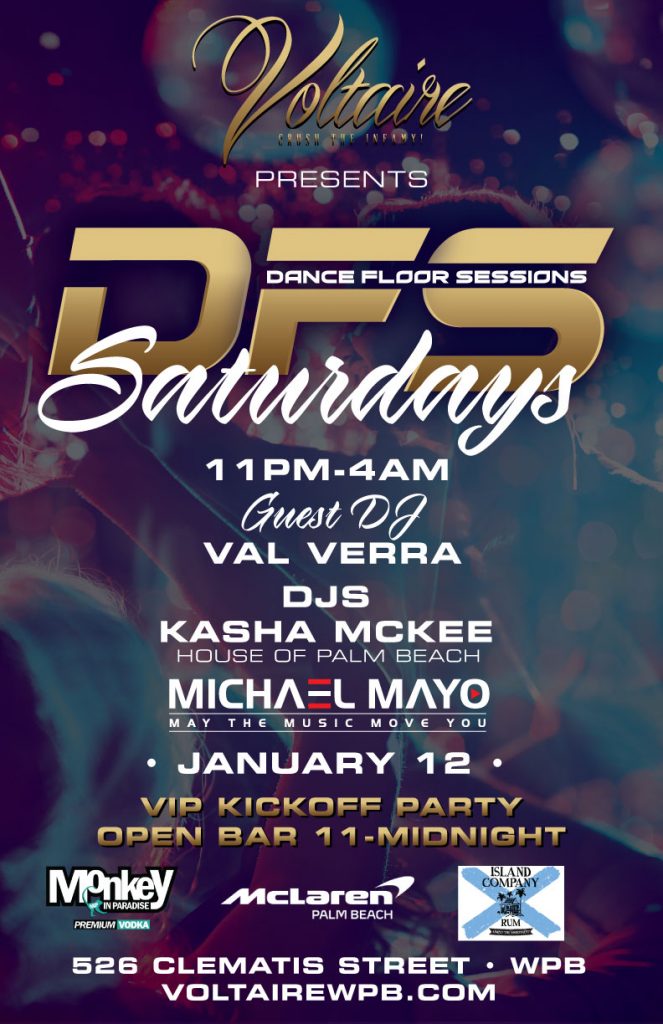 Previous How I Got The Shot W/ Chase Dickinson 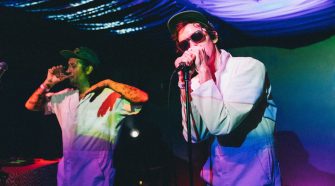