Deadheads Descend On Guanabanas in Jupiter In Celebration Of Jerry Garcia’s Birthday—Sunday, July 31

July 31 will be a day to celebrate one of music’s most influential artists ever.  Jerry Garcia, the bespeckled founder, guitarist, and spiritual leader of The Grateful Dead left us too early in 1995, and Guanabanas is throwing the party of all parties to commemorate Jerry’s birthday.  Seven bands will be there, admission is free, and music will fill the air starting at 1:00pm.

It’s impossible to measure the total impact Jerry and The Dead had on music in general, and on each of us individually.  When you hear bands today take off on 20 minute jams, you can thank The Dead.  When you read about groupies who follow bands across America, or across the globe you can thank Deadheads who invented the concept.  And when you hear of bands who start a movement and impact an entire culture, as The Dead did in San Francisco in the 60’s, you can again look to Jerry and The Dead.  Talk to anyone who saw them live and they’ll tell you it was a life changing deal.

So put on your dancin’ shoes, break out your inner-hippiness and tie-dyed shirts, and join us on Sunday, July 31.

Bands include Uproot Hootenanny, The Greatest Story Ever Told, Reflections, Guavatron, Unlimited Devotion, The Southern Belles, and Funkin’ Grateful. Presented by Roots Music, New Belgium Brewing, and Sailor Jerry.  We are GRATEFUL our friends at Guanabanas are throwing this party for Jerry.

Next The Sticky Bun 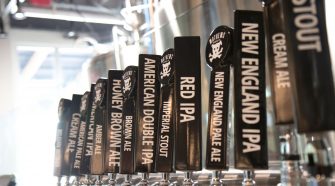