The Controversy Continues As Press Dies Down

You’ve seen the news.  Green slime clogging inlets in Stuart.  Dark brown flumes of water in our ocean.  Once pristine beaches threatened.  Reporters from CNN getting so grossed out they can barely hold it together.  Fish kills.  Tourists and other visitors going back home, or to a different vacation destination.

Water releases from Lake Okeechobee are nothing new.  They happen when the water level gets too high for an aging, in desperate need of repair dyke.  There are a few major variables at work here:  where is the water routed, where should it be routed, and what is the quality of the water when it leaves the lake?

This is where this whole screwed up situation gets as clear as the water leaving Lake O.

In 2010 there was an agreement in place for the State of Florida to purchase over 150,000 acres south of the lake so that overflow could be routed into the everglades and Florida Bay, where Mother Nature intended for the water to go instead of being routed down the St. Lucie River on our side of the state and the Caloosahatchee on the west side.  That has not happened.  The water being released from the lake is bad water.  Why?  Mainly because Big Sugar back-pumps water from their fields into the lake and this water is loaded with fertilizer and other chemicals that promote algae blooms.  Urban runoff contributes as well.  Release this untreated, nutrient-rich water into our rivers and estuaries and you create a big problem.

Some will say simply repairing the dyke that holds back the waters from Lake O is the answer.  But higher water levels in the lake prevent sunlight from reaching the grasses on the lake bottom that are critical for fish life, not to mention putting more pressure on the dyke itself.  Gov. Scott says it’s up to the U.S. Congress to act.  Big Sugar isn’t agreeing to sell their land south of Lake O.  Our legislators in Tally have cut money already approved by Amendment 1 (Florida Water and Land Conversation Initiative, which was voted for by 75% of voters in 2014).  Fingers are being pointed all around.  And lest we forget, Big Sugar is a big contributor to the Rick Scott political machine.

Who ordered the Code Red?  Or in our case, the Code Green?

This extremely complex and critical issue demands we get smart, and get involved.  According to State Senate President Designate Joe Negron, we are starting to see some progress.  “Construction to bridge 2.5 miles of the Tamiami Trail is underway, and we have broken ground on the C44 Reservoir.   These initiatives are a good start, but the disastrous impact of the toxic algal blooms this summer is a clear indication that we need additional short and long term solutions, and we need them quickly”.

Here are some of the players, how to reach them, as well as some good reading material/links to help you get up to speed as to where we are, how we got here, and some possible solutions. 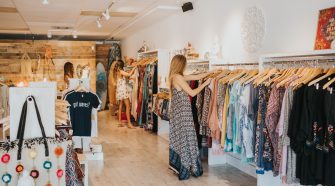