What did you train growing up?

I was wrestling since I was about five. I played lacrosse too, but wrestling was my thing.

What was your job before MMA (Mixed Martial Arts)?

I had a couple jobs, but I was working full time as an air conditioning technician with my uncle. I was even working that job my first couple of pro fights. I was doing that 40 hours a week, and then going to train afterwards. But eventually I made the decision that this (MMA) was what I wanted to make a career out of. So I had to take a pay cut, since in the early pro days you don’t make much money, and started to dedicate my life to fighting.

Back then MMA wasn’t even close to what it is today. Tell us about the underground side of things when you were starting out.

It’s funny you mention that. My first fight in 2007 was an underground fight, since MMA wasn’t legal in New York, so I fought in an underground combat league. It was in a gym, and once everybody got inside they would close down the metal gates – it was kind of like Fight Club (laughs). You pick out your own gloves, didn’t need to wrap your hands, the ref was wearing blue jeans. They told me there was a weight class, but we never weighed in. It was pretty much the honor system. They would basically just ask us “How much do you weigh?” And then say “Okay that’s close enough.”

What made you make that decision to fight full time?

My coaches really believed in me. That’s all I need. I only need my family and my coaches to believe in me. What anybody else tells me…they obviously don’t know me. So they told me that they believed I could be a UFC champ one day. I took that to heart. Same thing with my wife, when she tells me that I have something special, that’s all I need. And if I had to take a pay cut to show everybody, then that’s it.

A lot of people believe wrestling is the best base for MMA. Why is that?

It’s a great base, but when you think about it, Americans train wrestling when they’re five years old on. And they do it religiously. The thing about all the other martial arts, boxing or even kickboxing, not many people are doing kickboxing every single day with a team for twenty-something years. It’s a very disciplined art. Some people don’t consider it a martial art, but it’s an art.

Many fighters talk about the “fight before the fight.” The training, staying healthy and injury free, cutting weight, etc. Tell us about that process and what it’s like for you.

You do that correctly, the fight should be easy. It’s more of a mental game than it is a physical game. If you get past the hard part, the fight’s the fun part. But some people can’t handle the heat of the fight, and that’s why you’ll see guys do everything right but when they come to fight they see all the people and freak out. The way I see it is it’s just me and one other person. I know I’m going to be alright in there as long as I prepared how I was supposed to. And if I lose, then it’s nothing more than that guy being better that day.

What’s your favorite and least favorite part about your job?

My favorite part is being able to support my family while doing what I’m passionate about. Not every day people wake up and say “This is what I want to do anyways.” It’s fun. People pay to do this and I’m getting paid to do it. My least favorite thing is that it’s obviously taxing on you. If you go out while you’re dieting for a fight and you see all your friends enjoying themselves and there I am stuck with my lettuce.
I’m fortunate to have my family. They come with me, for the most part,
everywhere I go.

We are now seeing more and more smart fighters when it comes to the longevity of their careers. You seem to have this type of style while keeping the fight exciting at the same time. Do you shape your fighting style with that in mind, or are you just trying to win?

I’m trying to win, and win excitingly. I think one thing that will help
me become the champ one day is that I try to be smart, I try not to get hit as much, but I’m also always bringing pressure.

How many kids do you have? What’s their understanding of your job?

I have a daughter that just turned five and a son that’s eighteen months. My daughter thinks it’s totally normal. If you ask her ‘What does your dad do?’ She’ll say ‘He fights’ (with her hands raised up in a boxing stance). But she thinks that’s a normal job. She’s like ‘Oh your dad works behind a desk, that’s weird.’ Because me growing up, I would think it was so cool that your dad’s a fighter. But with her, that’s all she knows.

What’s the name of your gym in New York and what’s it like owning a gym on top of everything else you have going on?

Long Island MMA. I’m fortunate that I have an amazing business partner (Gregg DePasquale) who’s a black belt in Jiu-Jitsu and runs the gym most of the time. I have other fighters who are in the UFC, Dennis Bermudez and Chris Wade, who help teach classes when I’m out of town. I’m very fortunate.

South Florida is a hotbed for top level MMA fighters, but even some of the high ranked guys in the UFC are still relatively unknown to the average sports fan. Why do you think that is and do you think this will change?

I mean, it should change. These guys aren’t just the best fighters in the world, they’re the best athletes in the world. It’s cool because they don’t have to worry much about being bothered when they’re out, but I think they should get recognized a little more than they do.

Do you think professional fighters are the most underappreciated athletes?

100%. But you also have guys that give the sport a bad name. Everyone I train with here is a professional. Nobody takes advantage of the skills they have. Then there’s the guy who’s 1-0 as an amateur and wants to tell everyone that they’re a fighter. Those are the guys that give it (the sport) a bad name.

When you’re walking to the cage, what’s going through your head?

Winning. Beating the guy up. If you hesitate for a second, that guy’s going to hurt you. He wants to hurt you. You can’t slip. If you lose, you lose. But you can’t let your mind wander when you’re fighting. It’s war.

Any plans for your career after fighting?

Of course. Every time I get paid, I invest the money. I don’t just go out and buy a watch or something. I have my gym as well, which I plan on franchising.

What are your favorite cheat foods?

Take me into the locker room before the fight. What’s the routine?

I’m cool as a cucumber. They do my vitals before my fight and my heart rate will be super low. The doctors have joked with me and said ‘You know you have to fight in a couple hours?’ Fifteen minutes before the fight I’ll slap myself in the face a couple times to wake myself up. Hit the mitts a little bit and do some situational stuff. Then it’s go time.

It’s a couple hours after you won a fight. What are you doing?

Eating. I don’t care about going out and stuff. I’m not that old, I’m 31, but I have a wife and kids, that’s all I care about. I like to just kind of get my life back, have a cold beer, some
good food, and lie down.

You’re 4-0 in the UFC and 11-0 as a professional. How many fights do you think it will take to get you to a title shot?

I mean who knows. I would like at least three more fights. Once you’re at the top, there’s nowhere else to go. So when I’m at the top, I want to make sure I’m ready to be there for a while. If I’m 7-0 in the UFC and don’t get a title shot – I mean that’s pretty hard to ignore.

What’s your favorite thing to do outside of training?

I love spending time with my kids. Taking them to the beach, pool, stuff like that. I used to like doing all kinds of stuff like surf and snowboard, but I’m injury prone. I don’t get many nights off, so when I do I like to go out with my wife.

Hurricane Sandy along with a series of injuries nearly took you out of the sport. Most fighters who are out of the game for 2 1/2 years don’t come back, let alone go on a four fight win streak in the UFC. How did you pull this off?

I never really stepped away from the sport. I was studying. I think it may have been the best thing that happened to me, because I was on a tear – I was 7-0. But I never really took the time to become a student of the game. And that was by far the best thing that could have happened to me. Now I’m a very disciplined fighter. If you watched my early fights, I looked like the guy just hit my mother. Now I’m a smarter fighter.

Next Spearfishing The Silhouettes 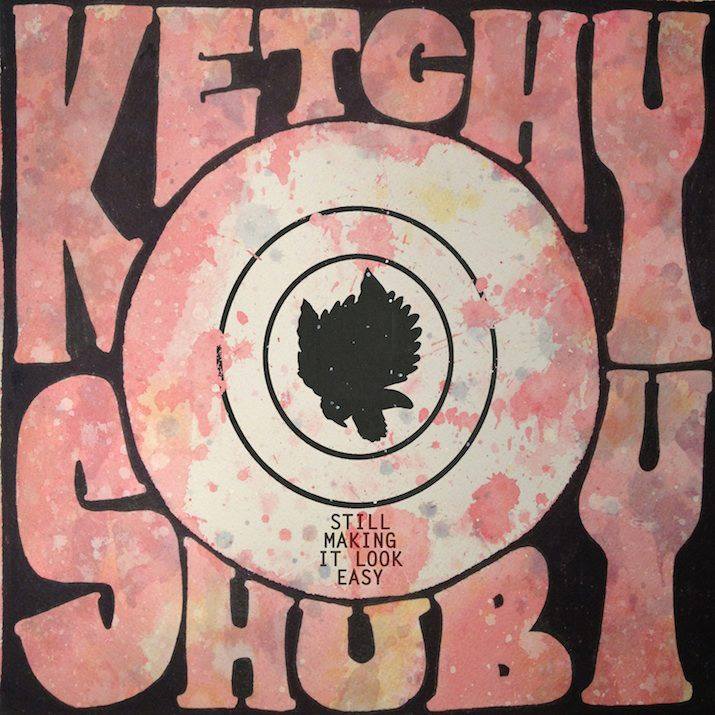