Another great 5 days of Sunfest!

Day 1 started off with Vegabonds followed by West Palm born Surfer Blood. Next up was some of the great and familiar riffs of Dick Dale. From there it was over to see Cake who put on a solid performance and brought out a big crowd. Last on Day 1 was an even bigger crowd for Kid Rock at the Ford Stage. One of the more memorable tunes was “Forever” which had a bit of a “Tom Sawyer” by Rush sound to it.

Day 2 opened with local band Speaking Volumes who was spittin’ some rhymes and enjoying their time. Later in the day came Sublime with Rome who worked the crowd well and was a perfect match for the young Sunfest audience. Rounding things out, with gold mic in hand, was Robin Thicke.

Day 3 brought the likes of Bobby Lee Rogers, Young The Giant, The Doobie Brothers, J. Cole, and Goo Goo Dolls. Young The Giant was super energetic and put on a hell of a show, which included popular tunes like “Cough Syrup” and “My Body”. These guys definitely over delivered. Seeing The Doobie Brothers still doing their thing was awesome to see and allowed for a check off the band bucket list. The Goo Goo Dolls performed as expected and had many of the ladies going…well, goo goo ga ga. 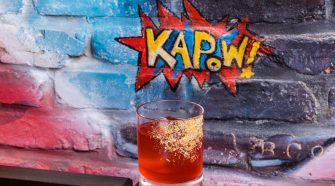