Doing his research, fine-tuning his passion, and saying yes to every opportunity that came his way has afforded Ben Hicks a picture-perfect career and a life of gratitude. While his path might have been unplanned, he always kept his eyes on the prize and his finger on the shutter.

The first time he picked up a camera was when he borrowed his high school sister’s film camera during his freshman year of college because he wanted to take pictures of his friends surfing. The year was 1998. That very next year he changed his major to a bachelor of fine arts and dove headfirst into photography and art classes at Florida Atlantic University. His first published work was of an FAU football game that scored him on the front cover of the FAU newspaper. In addition to sports, he also continued shooting pictures of his friends mountain biking and surfing, and starting making films with a video camera in 2000. From there, the momentum continued to build and build.

“When I was going to college, I remember somebody asked about being a fine art photographer. The teacher shot down the question of being a fine arts photographer unless in a pretty niche scenario,” Hicks said. “If you had asked me 20 years ago if people would come into my studio wanting prints and images in large mediums of my work, I wouldn’t believe you. A lot of people ask how I started out, but I never said I wanted to do that. I went the servant way. I just wanted to create images with my camera. I obviously worked hard at it, but I didn’t strive to say that this is what I wanted to do for a living, but I’m grateful I did. I still step back and say, ‘Wow this is what I do for a living.’”

His first job in the art world was a 2002 internship at an ad agency, where he was offered a job the day he graduated in 2003. He worked for a year but decided to quit and venture out completely on his
own. At that time he was doing freelance graphic design work as well as photography, which was mainly commercial work for action sport shops, biking, surfing and even architecture. He migrated into working on more diverse portfolios with more diverse clients and even started shooting for the press, professional baseball, hockey and motorsports. But as busy as he was, he didn’t find his niche until he was invited by his friend from college, a marine biologist, in 2008 to photograph sea turtles.

“I had always shot wildlife, waves, and fish, but I hadn’t had any exposure to sea turtles yet because it was not easy to find. They said, ‘You could come along and we could potentially use the images.’ It’s more of a special opportunity, and I took that opportunity,” said Hicks, whose motivation was to not go back to a desk job and work for someone else. “It was mainly my curiosity. I thought it was really cool to go and do that. The reaction from the public opened my eyes as a potential to what I could do as a photographer and an ambassador to the environment, as well as make a living because people wanted prints of the photos. Before that I was only selling images more or less in the commercial standpoint. I had never sold an image as artwork for someone’s wall. This was a turning point in my career where I decided to make two businesses: fine art and continue with commercial work. I needed to brand myself as a nature photographer and not just a commercial photographer.”

That invitation to document sea turtles for a South Florida-permitted sea turtle monitoring organization set his career on a path that he has never planned for but has appreciated every moment of. Not only does he work with local organizations, he’s also able to connect with worldwide organizations and let them use his images to help promote what they do and the turtles they’re trying to protect. He has even donated his images to third-world country organizations that were trying to protect their beaches and bring awareness to threats to sea turtles, including poaching and over fishing. Once he began to reach out to other organizations and also leverage his social media account, there was no stopping him.

“I did Sea Turtle Day at Gumbo Limbo as one of the artists and I was the only one with pictures. That’s what set me off,” Hicks said. “There weren’t a lot of other people in the world who were photographing baby sea turtles.”

When National Geographic published one of his images in a story about sea turtles in 2013, and also posted the information on their Instagram account tagging Hicks, that pushed his social media into a business of itself, and continues to yield him great results even today.

“I tried hard to keep up with times with websites and pushing hard with any way I could reach potential customers, including social media, attending small events, reaching out to organizations that potentially needed an image, where if they used they’d credit me and I’d get customers as well,” Hicks said.

“I reached out as much as possible to extend my brand. As an artist that’s a key thing. The business side is much more difficult than the creative side. Creating images is the easy part, it’s harder to get the image in front of people’s eyes.”

So in addition to trekking along local beaches 50-70 days out of the year (affording him maybe 10 exceptional annual photography experiences), carrying two backpacks – one with underwater gear and the other with out-of-water gear – and pre-planning his day and starting before sunrise, he also had to research other artists and commercial accounts to see what they were doing and how he could leverage their success for himself. Oh, and not to mention managing back surgery due to the labor involved.

Overall, for him, it was about balancing the scales of the perfect work- life balance, especially because he grew into the role of a husband and father. Couple that with a realization that his career not only provides beautiful images of new-to-the-world sea turtles that are battling man-made issues like plastics, but that he has the ability to make a great impact on his viewers.

“It goes back to doing something that I’m really proud of. I think a lot of people go through life wondering how much impact they’ll make as a career, what they’ll do for mankind. Photographing sea turtles has obviously provided me an amazing career to go to the beach and use my camera. What could be better than that? I’ve been given the opportunity to visit places around the world, be in an environment that most people would only dream of, and swim with all kinds of sea life,” Hicks said. “Most importantly, it’s provided me an avenue to help raise a family and provided a way to be an ambassador to a lot of people. A lot of people constantly say that I do an amazing job, that I made their day so much better by posting a photo that day. They may not have bought a photo, but that makes me feel good by presenting a picture of a sea turtle and having it change the mood of someone’s day.”

After more than a decade of being in the business, and learning everything on a hands-on, figure-it-out-as-he-goes way of managing and promoting himself, he still thinks about the big picture and every lasting impact. Sure, a picture might be worth a thousand words, but his images will hopefully span generations of not only humans but also sea turtles.

“What I’m most proud of is the impact I’ve left behind with people when they discover my images, however they might. I want them to have a little bit of insight on our environment by seeing a baby sea turtle that’s so sensitive. My goal of the last 10-plus years, since 2010, has really been to try to use my images as an environmental voice,” Hicks said. “There’s a lot of issues with our planet and how humans have impacted it, and if I can make a tiny impact on someone’s view of reducing use of plastics and overall impact on the planet and day- to-day use, that’s a great goal for me to have every day when I wake up. How can I make a difference?”

Now picture that as a professional and a personal goal.

Next The 2021 Crossing For Cystic Fibrosis 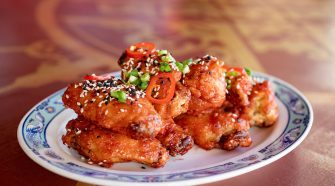