It all started with Europe.

The country of Belgium, to be precise. Almost ten years ago, Bill McFee, his wife Maria, and friend Keith DeLoach found themselves 4,600 miles away from home in a world where dozens of beer styles were common, including those brewed by Catholic monks. This was an eye opening experience, which showed them an incredibly different take on beer from what was available in South Florida at the time. “We travelled over there several times,” DeLoach reminisced, as he, head brewer Kevin Abbott, and lab director Matt Saady sat huddled at a conference table in the upstairs offices of their brand new Boca Raton brewery, Barrel of Monks. “At the time, it was really hard to get those beers here. Now, they’re all over the place. We were spending [a lot] of money having that stuff shipped over here… $300-$500 dollars for shipping.” Then, around 2007, Bill, Matt, and Keith moved into the realm of home brewing, skipping the usual extract phase and diving head first into all grain brewing. Eight years later, and all of that work brewing at home and perfecting recipes has come to a pinnacle in Barrel of Monks.

The brewery opened at the end of March on a section of Roger’s Circle in northern Boca Raton to incredible fanfare. What has set this particular brewery apart from the rest is their sole focus on a singular niche of beer styles: those originating from Belgium. 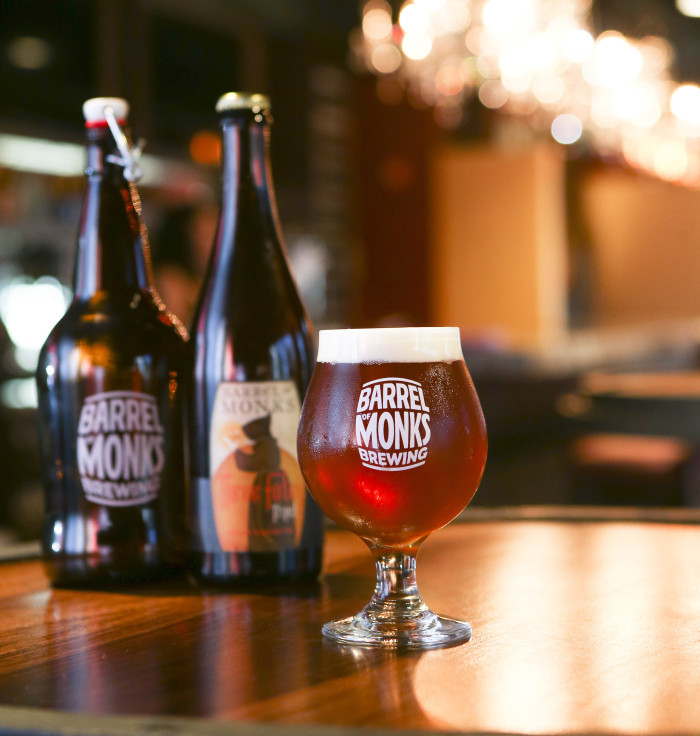 It’s a sign of the times that there can be breweries that focus on just one thing, but it shouldn’t be surprising. The ability to specialize shows that the consumer base has reached a level of education that allows for it.

“The idea of becoming a brewery that tried to do everything and was everything to everyone is not appealing to us,” Matt Saady shared. In order to facilitate this endeavor, the team has built one of the most modern of brewhouses in a town more accustomed to Spanish revival architecture and polo matches.

Inside the 9,136-squarefoot facility are state of the art and brand new stainless steel fermenters along with a mash tun to make the sweet brewer’s wort, a brew kettle to boil it and add hops and other ingredients, all designed specifically for this brewery by Newlands of Canada. Each of these vessels is a part of a technological array of automated systems which allow the brewers to monitor temperatures, pressures, and even start warming the water for the day’s batches on the way into work.

“Whenever I do tours,” Abbott explained. “I always stress that control is the most important thing in this brew house. That cablevey system doesn’t beat our grain up as much [as traditional augers] and doesn’t destroy the husks, which hopefully leaves less tannins in the beer. It makes sure that the crush of our malt from our mill is consistent with the grist that actually goes into the mash tun. It took up more space, cost more money, but it was the right thing to do to make sure that we make the same beer the same way every time.”

“That’s the theme for everything.” 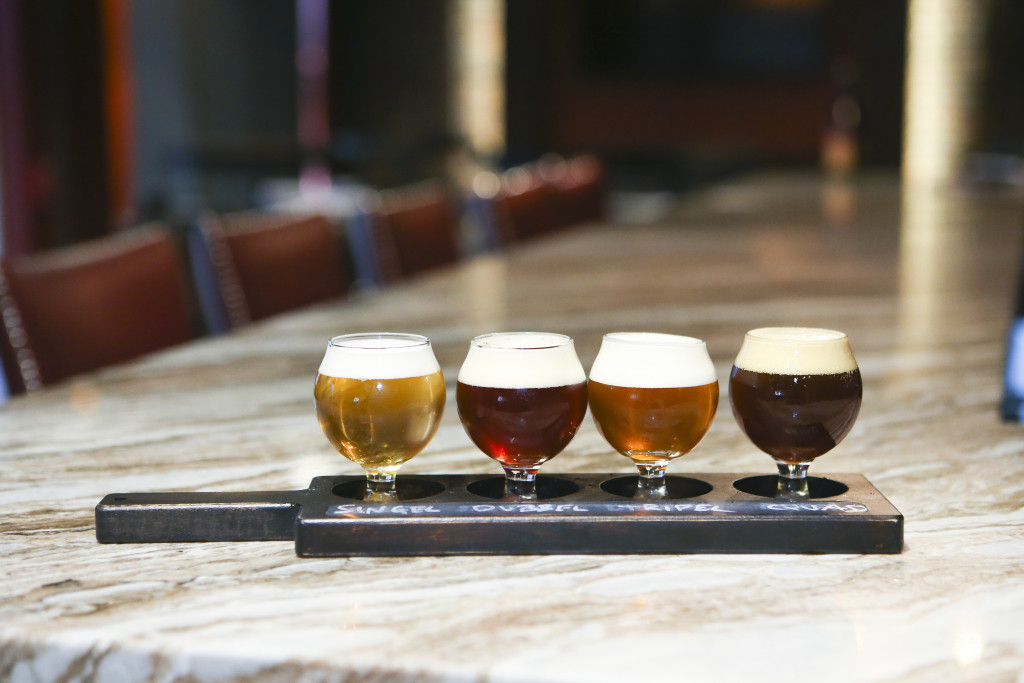 Matt Saady, who runs the lab at Barrel of Monks, spoke at length as the topic of our discussion turned to yeast, the microorganisms that actually does most of the work in creating beer. “Those little guys are a bit of a mystery,” he said. “We’re doing what we can to make them happy… We do lab work that matches breweries that do 20 times the volume that we do. But those quality ingredients and quality controls are what make the people that are down at that bar go through four of our beers and go ‘I’m not sure which one I love, but they’re all pretty drinkable’, because none of them are bad. Kevin is incredibly diligent in his job, and it makes for a quality beer.“

Abbott adds, “If you look at all the brewing I’ve done before hand, the idea was yeast is a workhorse, yeast is utilitarian. It takes sugars and makes alcohol and carbon dioxide. The flavor profile is non existent in most yeast strains that are used. In my experience at Due South [Brewing Co.] and Funky Buddha [Brewery], other than their hefeweizen at Funky Buddha, that yeast is just meant to do a job, it doesn’t have a flavor profile. Whereas the Single and Tripel, those are brewed with the exact same yeast, but the expression of that yeast is completely different. The single is brewed and fermented at a much lower temperature. The yeast is restrained, it can’t go wild, it can’t produce the phenols that are coming out on the triple. That is a very specific thing that we are trying to express in each one of the beers.

That’s the character of Belgian beers, and we’re trying to bring the correct way to brewing Belgian beer here.

One of the things that excited me about working with these guys was the fact that the dedication of doing it the right way every time. and not saying ‘this is good enough’. Good enough isn’t good enough.” 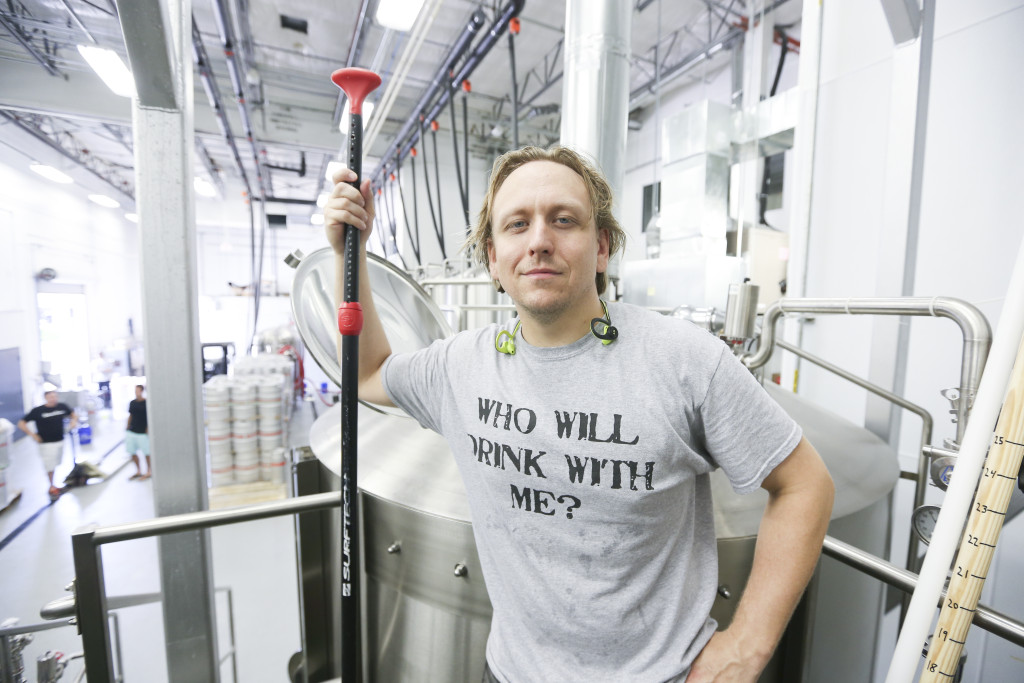 As is critical with every start up brewery, Barrel of Monks is home to an impressively decorated tap room. Grey and white swirled marble crown a sprawling bar top, acting as a centerpiece to the space. Crystal chandeliers hang from the ceiling. Dark red walls mingle with exposed brick stone to add a touch of color.

But putting together this impressive operation wasn’t simple or easy. Aside from the capital needed to fund such an operation, there were certain restrictions and ordinances in the City of Boca Raton that needed to be addressed.

Though legally allowed to brew in the zone they chose, there were questions about how the tap room would be set up, especially as they would be building out a drinking establishment in the midst of a mixed use industrial area. This led to a shortened range of hours they could be open, from 4pm-8pm throughout the week, and from 2pm to 9pm on weekends.

Ultimately, as Saady said, “When Boca came to do the ribbon cutting, and walked in to this place, they were very impressed.”

At the moment, beers are being crafted on site and either kegged for consumption in the tasting room, or sent out for distribution to local bars and restaurants. As of the past few weeks, Barrel of Monks have utilized a small bottling line in order to fill 750ml capped bottles with two of their beers, the Three Fates Tripel and the Nuance Saison.

Soon, the brewery will be jumping right into the tough stuff, with a sour program and a barrel aging program being actively discussed.

Batch after batch, the brewers at Barrel of Monks aren’t keen to settle for anything less than perfection. “I want to make better beers than Chimay,” Abbott declared. “I want our beer to be spoken of as, ‘This is what American Belgian beer can taste like’, and I want the brewers [in Belgium] to come over here and go ‘Yep, that’s it!’. What are we trying to do if we’re not trying to do that?”

Behind The Piece w/ Surfy Birdy 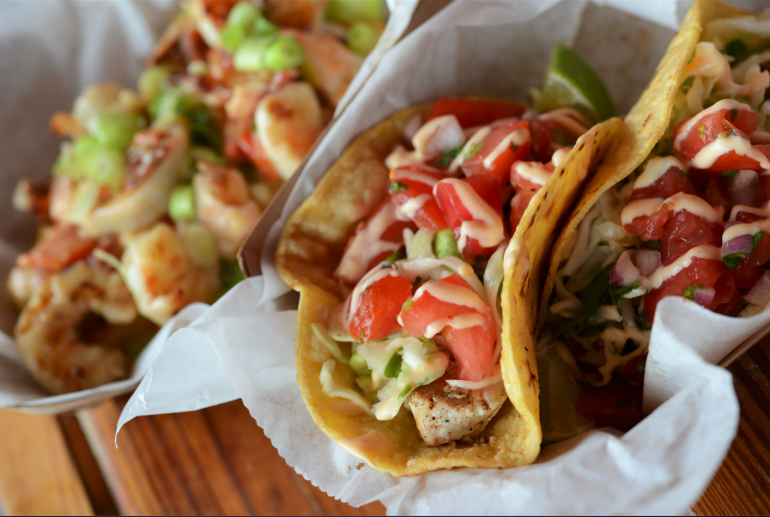