All coffee lovers unite because there’s finally a way out of the black hole of the over-roasted, burned, and way-too-sweet cup of coffee. Scott and Amy Angelo, founders of Oceana Coffee, are committed to the perfect cup o’ Joe and are enhancing – and perfecting! – every aspect of coffee making from start to finish.

It’s a classic story of when passion, creativity, desire and thirst (literally and figuratively) unite, and the creation is Oceana Coffee.

They source, roast, supply and brew the Top 5 percent of coffees from around the world and focus on small-batch roasting of specialty grade coffee. Their coffees are roasted to enhance and highlight the array of flavor possibilities and to reflect the hard work of the farmers they work with. The result is a glorious, almost natural cup of coffee, and actually what coffee is supposed to taste like when you let the product shine.

Oceana Coffee, named after Oceana, which is the water (or liquid) of the world when the world was one, as in Pangaea. When you think of coffee as life, like Scott and Amy do, no cup of coffee will ever be safe, or the same, again. 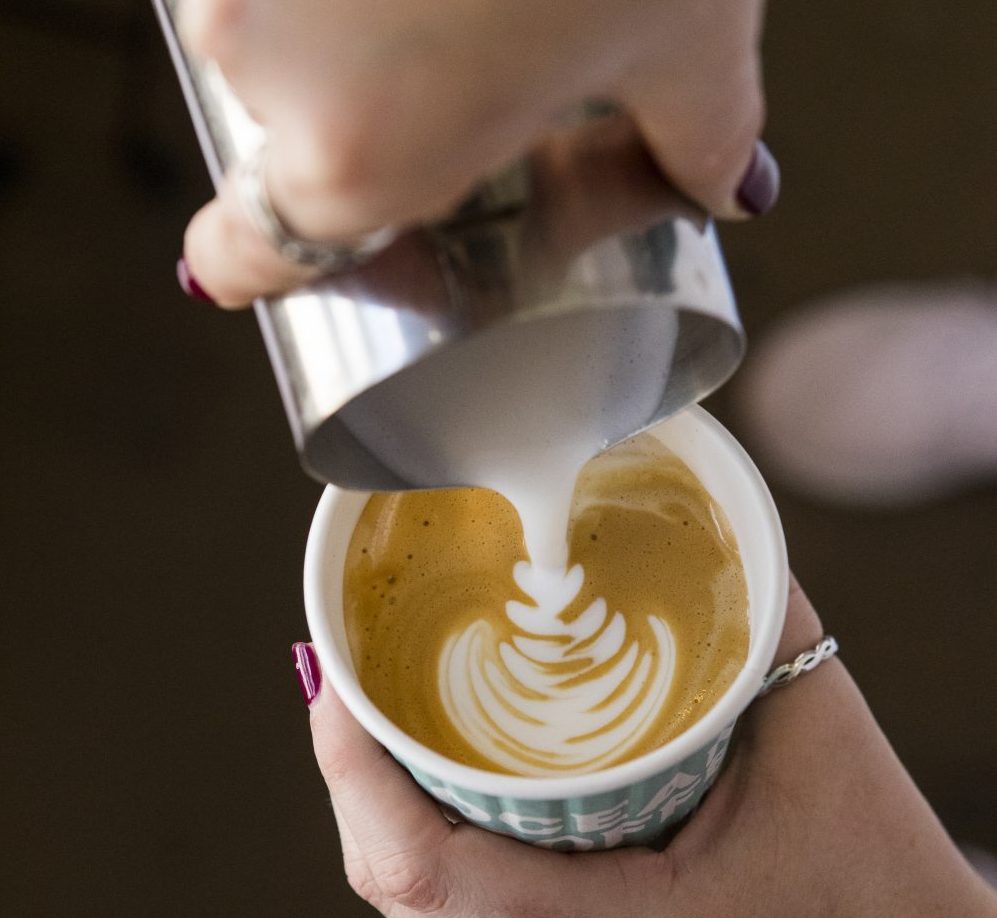 The story began in a land far away, Australia (where Scott is originally from), and because of his selfish hobby: coffee. He is a marine engineer by trade and spent several years traveling across the world on yachts. But, his coffee obsession followed him across the seas and he started messing around with roasting his own beans after not being able to find anything decent to drink. When he and his wife moved back to Florida (she is a Jupiter native and they met in Florida), he still couldn’t shake the itch and bought a $35 popcorn maker and rewired it to be able to roast coffee. “The rest, as they say, is history,” Scott said.

Now, their coffee is in all 28 Whole Foods stores in Florida and local specialty stores, including Doris Market and Joseph’s Market, and is being used by local chefs in restaurants.

“We all deserve to drink and eat quality foods, craft beers, chef cooked meals, etc., so why not truly enjoy a great cup of coffee,” Scott said. “It will only cost you about $1 more than you’re already paying!”

Maybe the key to creating a great business is caffeine. Who could sleep when you’re visiting all of your coffee farmers yearly, roasting the product, designing and opening stores, getting into other brick and mortar locations, creating wholesale accounts, and starting a coffee school/training lab. There are now two Oceana Coffee locations in Tequesta and their plan is to open at least five to ten more retail locations across Florida, with two of those in the next six months.

Scott is a certified Arabica Q Grader, which is very similar to a sommelier, and is certified worldwide with the SCA Specialty Coffee Association. With his fanciful palate, he is always chasing the “Unicorn” coffee. “Right now it is the Micro Lot coffees that I bought from Costa Rica. I am a huge fan of Ethiopia Naturals, also,” Scott said. “But in saying that, I could rattle off a dozen coffees that I have loved. So never just one coffee.” 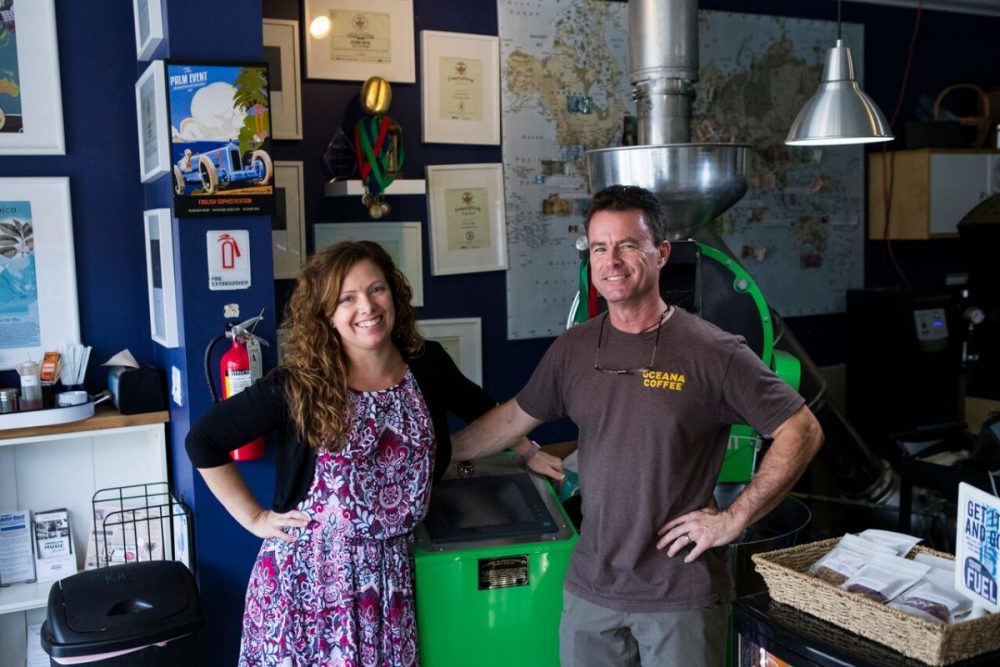 So what’s their ultimate goal? “To own our own farm would be awesome, but honestly it’s the same as when I started this whole adventure,” Scott said. “I want to selfishly be able to drink a great cup of coffee every day and to be able to share that with as many people as I can. Also to change people’s perspective of what they are being served as coffee.”

The easiest way to do that is perfect the craft, which is what he does on the daily. To prove it, Oceana Coffee was awarded the Golden Bean North America in 2016, which is essentially the best specialty roasted coffee in North America, and Runners Up in 2018.

With all of the recognition and fame, you can still expect to get the most delicious cup of coffee you’ve either had in a while, or had, period. The espresso, cold brewed coffee, French press, cappuccino, latte and more, are waiting to wake you up and put a little pep in your step. Just ask Scott. He drinks about four cups per day, on a light day.

For more information on special events, special releases and happenings, please visit their two locations in Tequesta (221 Old Dixie Highway, Suite 1, and 150 N. U.S. Highway 1), check out their website at www.oceanacoffee.com or call (561) 401-2453. 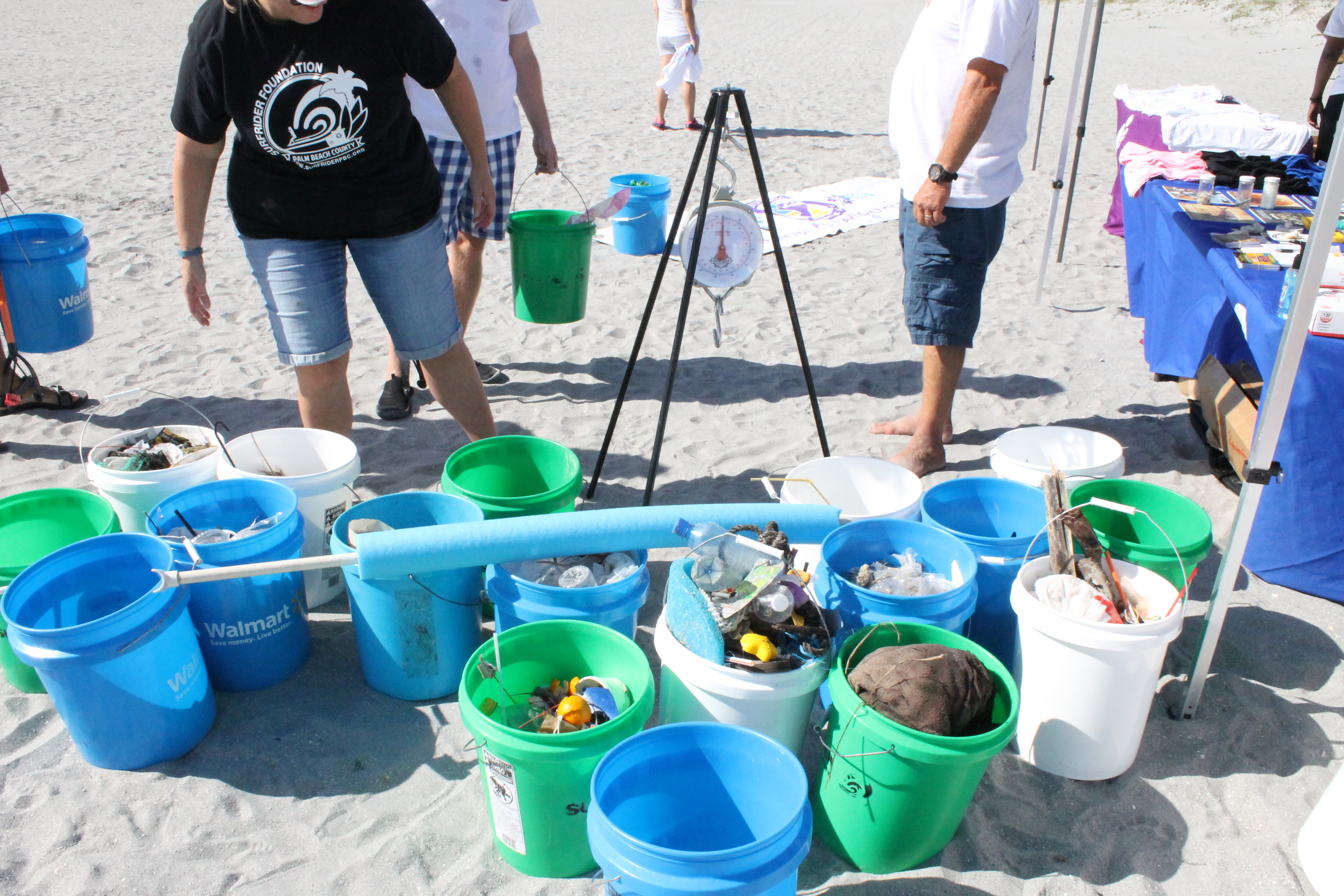