September and October are good months for fishing.  Finally, it’s not 99 degrees outside, it’s only 91.  It’s the time of year we get the mullet run and it normally hits Palm Beach and Broward County on October 15 and lasts 30-45 days.  What the mullet run does for us is that it brings the migration of all the other fish into south Florida, and the fish start to feed.  The bait is already starting to show in the Sebastian/Fort Pierce areas.  Also we will approach the end of hurricane season which bodes well for fishing.

The mullet run is mammoth schools of bait in the surf—tarpon, snook, and every other fish that feed on mullet will be here.  If you go with your kids to the beach and you see a million mullet in the surf, watch out for sharks and barracudas.  We tell this to the surfers and they laugh at us, but this time of year you’ll see more shark bites than any other time on the east coast.

We’re seeing an extremely unusual year for offshore fishing — large amounts of seaweed and no one has an answer why it’s so bad.  But it’s starting to thin out.  Just recently I watched as surfers tried to get out, trying to paddle through it instead of walking through it, and you can’t even walk in it—it’s so thick.  50 years ago in Boca people used to get up in the morning and rake the seaweed, and it used to be buried on the beach but that stopped to protect the sea turtle eggs.

Fish wise, this is the start of sailfish season and all of the small boat tournaments.  There are lots of them happening.  Kingfish are in this time of year, and a very large bite on yellowtail snapper.  The yellowtails bite better now than any time of the year and it’s the easiest fish in the world to catch.  You can come home from work, jump in the boat and go out 60-90 feet over a reef, put down a 1-2 oz. sinker, or no sinker at all, and float bait back behind your boat and catch your limit of snapper, which is 10 per person.  And you can’t do this anywhere else in the world.

All in all I expect fishing to be really good.  Again, call your local tackle store or go to the local boat ramps and talk to a local fishing captain and find out what’s going on.  And don’t forget about snook season.  A customer came in the shop and told me his 4 boys caught 200 snook along the beach over the summer, on fly rods.  They will be along the shoreline, in the inlets, around the piers, and I’ll be there with them! 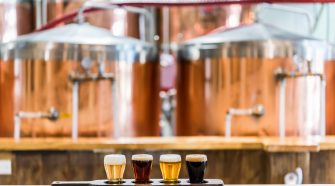